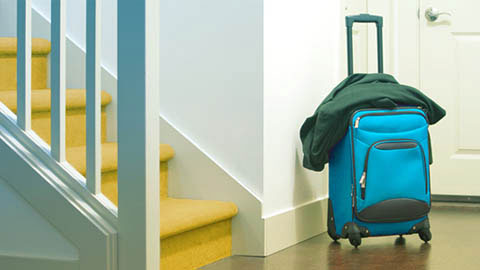 Reached breaking point again with your alcoholic and ready to give the ultimatum, DON’T- here’s why

Stop drinking or else …  This is a phrase that has been, and continues to be, repeated in millions of households throughout the world.  The wife (or husband) reaches breaking point as the drinker yet again fails to do what they said they would do, or does what they said they wouldn’t do.  You have had the conversation about it many times and now the anger and frustration has boiled over and the words burst out without thought – “Stop drinking or I’ll leave you (or pack your things – or whatever)”.

Do you recognise this situation?  Have you found yourself saying, shouting, screaming those words? Did it solve your problem?  Was that the moment they stopped drinking and your life changed to be the way you had always planned that it would be?  Its ok I’ll fill in the answer here myself.  I suggest that the answer was NO, this did not produce the result that you hoped for.

How you see the ultimatum

Unfortunately this outcome, especially if it happens a few times, can be devastating.  It often produces two related reactions – they don’t love me and/or I’m powerless to do anything about this situation.

The first reaction is one that we meet all the time.  It is a logical conclusion to arrive at as – I gave them a choice between alcohol and me and they chose alcohol, therefore they love alcohol more than me, therefore they do not love me.  There is a solid logical premise to this and, if we were in maths class at college, this equation would almost certainly get an A+.  However we are not in college and, this is very important, logic is a lost stranger that has wandered into the wrong conversation!

The problem is that the alcoholic does not view this situation in the same way that you do.  In the alcoholic’s mind the choice is NOT between you and alcohol.  Rather, because alcohol relieves their emotional pain, drinking or not drinking is a choice between hurting or not hurting.

A famous psychologist called Maslow formulated a theory that has become well recognised worldwide, it is called Maslow’s hierarchy of needs.  You may have seen the triangle with the various levels of need, with the most basic needs such as air and food at the base, and self-actualisation things like creativity and the arts at the peak.  According to the theory it is very difficult for people to cater to the higher needs when their more basic needs are not being met.  For example you would not spend much time thinking about self-esteem if you were drowning.   In that theory we can see that, for the alcoholic the choice is clear, being safe and free from pain is a need that takes priority over other higher needs such as love, fidelity and family.

We should say that, while Maslow does give us a useful theory to explain the process, alcoholics can and do break out of this hierarchy on a regular basis.  There are many many alcoholics who get sober and stay that way.

The second reaction is, that you have now used your big guns (the threat) and nothing changed, so that means that you are powerless to influence the drinker.  We have discussed this issue many times in Bottled Up.  We discussed how you must begin by empowering yourself, by changing some aspects of your life.  Living with an alcoholic is like dancing with a partner.  If the alcoholic is leading the dance then you will get into some wild rhythms and moves.  So you need to start leading the dance by changing how you react to the drinker.

Part of that change is to get support for yourself and to come out of the secret world that the families of alcoholics tend to live in.  For example in Bottled Up we discuss how you can utilise the strategy of LOVE to start influencing the drinker.  LOVE (which is one of the Bottled Up tools) works on the sound psychological principles that people change their behaviour to avoid bad things and/or to get better things.  So we believe that you are not powerless, provided you approach the situation in ways that can be effective.

How the alcoholic sees the ultimatum

One of the reasons why the ultimatum does not work is, that it stirs up feelings of guilt, shame and fear in the alcoholic. Now for many people these kinds of feelings are exactly what motivates change.  However, for many alcoholics, they are also the feelings that they are trying to avoid by drinking.  Indeed, the fear that you can arouse through the ultimatum may actually fuel the start of a binge, rather than bring about an end to the drinking.

The other reason why ultimatums are a bad idea is that if you use it and it does not work, then where do you go from there?  Unless you actually follow through on your threat, it loses any power that it might have had.  So your alcoholic then hears an empty threat.

So ultimatums, however understandable it may be to issue them, are not generally a good idea.  They take away your power and, in most cases,  just don’t work.  For other strategies go to Bottled Up.

11 Replies to “Why Ultimatums Don’t Work”