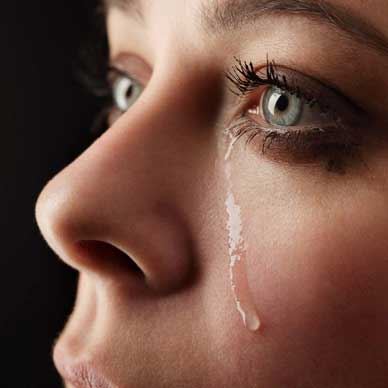 I came across this article that I wrote some time ago and thought that it might interest you.  This article describes the incident that led to the start of Bottled Up.

I have always hated it when a woman cries. I feel helpless, guilty, impotent and I just want to be somewhere else — where I can’t see the tears or hear the distress. Not really sure what it stirs in me, but it is a powerful feeling and I just stand there with no idea how to handle the situation. It would be good if I could say that this was an uncommon position for me. Unfortunately, there is no denying, I have been the cause of buckets of tears in my time, especially during my drinking years, but this time was definitely different.

I can’t remember exactly which date it was; I know it wasn’t the first, but it was early on in our relationship. We were going to lunch in a trendy eatery, the day was promising, and we appeared to be emotionally in a good place. Suddenly there they were—tears. Not a little tear in the corner of the eye, no no no — we are talking great gushing fountains rolling down the cheeks, accompanied by a look that I can only describe as desolation. I knew (at least I fervently hoped) that I was not to blame this time. Although deep within me there was a fear that I was somehow responsible.

We need to talk

How many times had I heard that phrase and, in my experience at least, it seldom heralded a conversation that I wanted to be part of. In fact, ‘we’ seldom talked. Usually she (girlfriend, wife, mother, teacher, authority figure) talked and I listened like a sullen child. This phrase usually meant the end of a relationship or, at the least, I was in trouble—again!  So, when I heard the familiar words I just thought, here we go—again! But what happened next took me completely by surprise.

Lou and I had recently got back together again after a break of 35 years during which we had no contact. We had been an item for some time in our youth, until one day Lou said, “I think we need to talk.”

After that we parted company and led our own lives, had marriages, children, jobs etc. Then one day after all that time I Googled her (admit it, haven’t we all done it). Long story short, I wrote to her, just to make contact, I had absolutely no expectations. However, after receiving the letter she phoned me and we chatted for two hours, just as if we had continued as friends for all these years.

It turned out that Lou had been recently widowed, her husband of 29 years had died of cancer. However, what had sparked her interest was that I had told her that I was a recovering alcoholic—who had progressed to being senior lecturer in Alcohol and Drug Studies at Paisley University. You see, Lou’s husband had been a problem drinker and she thought that I might be able to provide some answers.

So, there it was again “We need to talk”.  When we sat down at the table, I gritted my teeth for what was coming. Lou started by saying that I might think she is mad, but she had felt as if a door had opened in her reality and she could hear crying and pleas for help coming out. There were people there who were desperate for help and support, as they were the family (mainly partners) of alcoholics.

We talked at length over lunch about how we could provide that help. We realised that we may not be uniquely qualified, but we are certainly in a very small group. Lou not only lived with an alcoholic for 27 years, but she also has her own private practice as a therapist helping people with life problems. As a recovered alcoholic, I bring the counterbalance to Lou; however I also bring the academic side as well. When I got clean and sober, I returned to education—obtained a degree in psychology and then a PhD. For the next 20 years I researched addiction and taught doctors, psychologists and therapists to treat addictive problems.

As we talked, we began to discover lots of things that we did not know. We found that being stuck in our own view of things meant that we interpreted the situation from a purely personal point of view. Things like, why does an alcoholic deny having a drink? Why do they hide alcohol? Why do they expect you to believe their lies? But how could non-alcoholics know these things? Nobody had told them!

What we did find was that the most prevalent piece of advice that this group was handed was — get out or throw him/her out! This advice was mostly, but not exclusively, given by people with no experience of the situation, isn’t the pinnacle of ignorance a great place to dispense advice from! The problem with this advice is that it did not take a number of issues into account. First, often there are children involved in alcoholic relationships and separation and divorce is not always the best option for them. Second, it can be extremely difficult and expensive to disentangle the mutual finances and property. Finally, but definitely not least, we have found that very often the non-alcoholic is still in love with the drinker. They want to find a solution not an escape route. They want to live with the person that they love, not the alcoholic who is causing them pain.

I still hate seeing a woman cry and I still cringe at the words “we need to talk”. However, that day the tears were tears of compassion and the talk laid plans for a future helping people by telling them about our experience.

If you live with a problem drinker, then we can help. We will tell you what you really need to know.