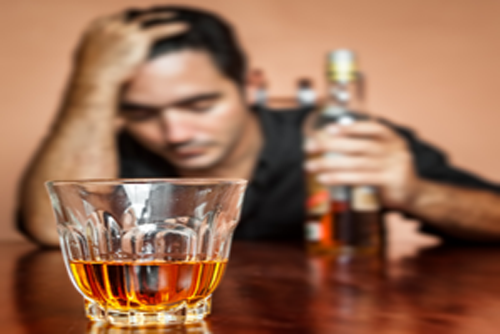 So what did my drinking look like?  I suppose, for much of my drinking, it resembled the sort of party drinking.  It was never a kind of, you know, genteel social drinking.   And I don’t think I was ever that kind of drinker.

Right from I picked up a drink, right at the beginning, I liked to get drunk. I didn’t see it that way, as getting drunk I just liked the effect, and I just wanted more of it and always felt that the effect I was really looking for was in the next drink.  For much of my drinking and drugs were associated as well.

So there was a bit of cannabis, a bit of hallucinogenics like LSD, there was some uppers, some downers, a bit of coke.  There was all that sort of thing associated with the drinking.  Drinking tended to be a spree. You know for quite a lot of my drinking I could actually control it, you know so that it didn’t run into the next day.  But towards the end it did.

I had a group of friends who were a bit like me, possibly some of them were a bit more in control.  And at least one of them ended up in alcoholics anonymous as well.  The rest of them I just don’t know where they went to.  And one or two who I drank with in the latter days are actually dead now, mostly through alcohol. But they drank a lot like me and when we met it was, you know, it was party time.  You know it was load music, it was party.  We would invite people along.  We went to the pub first then afterwards we would get a huge amount of booze and a bit of cannabis.  And you know that’s that that was the way it was.

When I got married my wife decided that this was not a lifestyle that she wanted to be part of, even though that’s where she had met me.  And after the first couple of parties we had our house she banned everybody from the house.  And what happened then was that my drink he really started to change.  I lost touch with the party crowd, because I just didn’t see them much.  They weren’t allowed round to my house and I didn’t make the effort to go to their place.  So we lost touch.  I ended up drinking with people in the pub that I just I didn’t know and if the truth be told I didn’t particularly like either.   But they were there, and they were drinking and that was fine by me.  So they were not friends, they were acquaintances and, you know, when I left the pub I guess they didn’t even notice, except to say well maybe it was that guy sitting in the corner.

So my drinking was never really we would call particularly civilized and as it came towards the end it became more bingeing.  So the one day would run into two days, three days, four days and eventually it ran into weeks.  And the withdrawal symptoms started and then I wasn’t just drinking to have a good time I was drinking to get rid of the effects of the previous drinking and on it would go.

And so, I became very dependent on drinking and if I didn’t drink I had really horrendous withdrawals, you know, and so I kind of needed to drink as I mentioned in another video.

That was kind of the style of my drinking drugs were not always but very often involved and particularly towards the end.  It was more often a tranquilisers. So if I couldn’t drink then I’d take one or two tranquilisers just to keep me stable.  In the next video I’ll talk about why I stopped drinking.

6 Replies to “My Alcoholic Drinking Style”