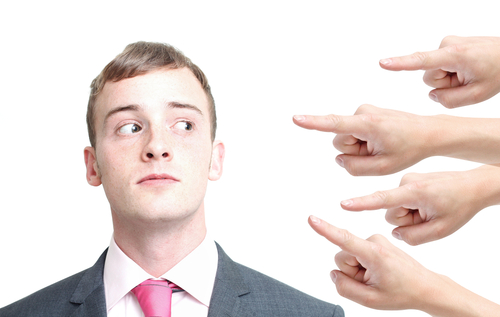 Does your wife or husband have a drinking problem? Learn how you can help.

How do I get them to admit that they are an alcoholic?  This is a question that I am asked often.  The rationale behind it appears to be that if they just admit to being an alcoholic, somehow they will just stop drinking.  OK there may be some merit in that approach, after all one of the prerequisites of being a member of Alcoholics Anonymous is to admit to being an alcoholic.  How often have we seen the stereotypical scene in films where they all sit round and someone says, “My name is … and I’m an alcoholic”.  We all know at that point that they are going to sort out their problem.

I absolutely agree with that, but the good news is that there is no need for the drinker to confess to being an alcoholic in order to change the problem.  Some years ago, two psychologists Bill Miller and Steve Rollnick wrote a book entitled Motivational Interviewing.   In it, they suggest that the most powerful force for change are what they call “motivational statements.”   For example, “drinking is causing me problems at work” or “it interferes with my home life.”

These are clear statements about the specific problems that the alcohol is causing, rather than a more general statement about whether or not someone has a full-fledged addiction. This is now a common approach used in many alcohol treatment units throughout the world.

If you want your drinker to change, don’t get drawn into an argument about whether or not the way they drink qualifies them as an alcoholic.  The problem is that there are many definitions of an alcoholic; and few people (even treatment professionals) agree on a common one.  In fact, I often say that most drinkers’ definition of an alcoholic is “someone else; not me.”  Because they can always point to someone who drinks more, drinks more often, causes more chaos, is more violent is more …… (fill in the blank)

The best way to get your drinker to change their drinking habits is to talk about the specific problems that their drinking is causing you or your family, not about whether they are considered to fit the criteria of an alcoholic or not.

Let’s look at an example of this approach. You may find that he has a few drinks on the way home from work and then has a couple more before and during dinner. After dinner, instead of sitting down with you and the family to talk or watch TV, she falls into a drunken stupor. The family does not want to be around them, and when they are, they continually criticise them leading to an argument and then, to add insult to injury they fall asleep on the sofa.

Understandably, your first instinct is to try and make them see that they are drinking too much — but, as you will know from painful experience, this will almost certainly lead to an argument.  They probably say that they don’t drink too much; they say that they are tired or at best, that they drank a bit too much because they are under stress. Talking about the drinking only has the effect of making you even angrier or more frustrated, and makes the subject even more difficult to raise in the future.

Instead of focusing on how much they drink and whether or not they are an alcoholic, focus on how their behaviour affects you and the family.  For example, you could tell them that you and the kids would really like to spend time with them, but they so often fall asleep, that it makes it difficult to do so. They would love to get time to talk with their dad or mum, but they seldom get that opportunity these days, as they are not around or when they are they feel that they are being always being criticised.

The idea here is that by talking about the consequences of the drinking, as opposed to the actual drinking itself, the discussion is less threatening.  It is also more difficult to deny, and more likely to lead to some positive change.  In the member’s area of Bottled Up we introduce you to a unique tool called SHARE that helps you look at the effects of drinking on the full spectrum of your life.  Using this tool helps you to talk about the drinking in a different and much more effective way

You may think that this is an unsatisfactory method of dealing with the situation, that it is just a cop out, that what you really want is the acknowledgement that they are an alcoholic.  However, this method has been found to be more effective than a direct confrontation, as it leads to less resistance.  So you need to ask yourself this question: do you want to be effective or right?

If you want help, advice and tools to help your drinker, join here.  Its free

If you have a problem with your drinking we can help, join here.  Its free