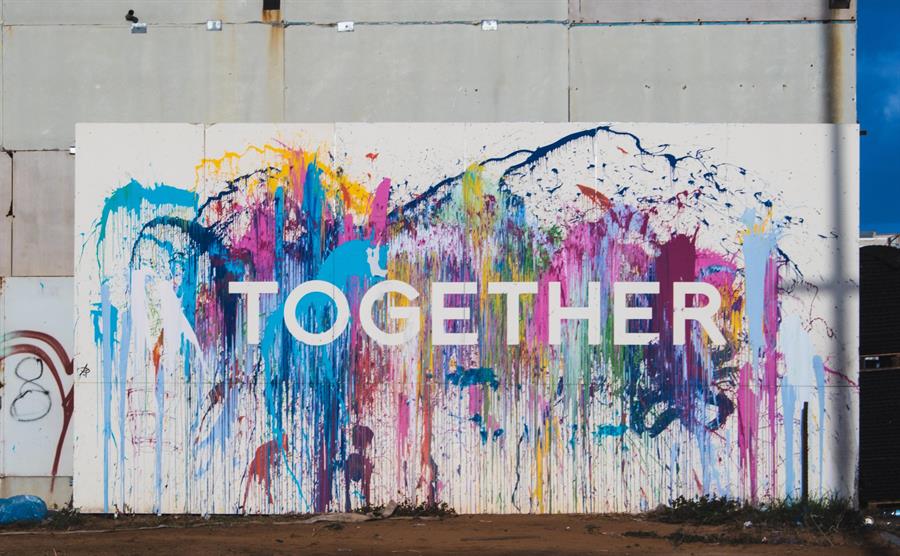 It is more productive to approach a problem saying, what can I do to fix it, than who do I blame.

So often when we have are having difficulties, we view the problem and the solution and something that is outside of ourselves.  This is particularly true in the area of relationships where we hear “If only he would” or “If only she wouldn’t”.

On our website to help people who live with an alcoholic we have a program laid out.  Unfortunately most of the members come to find that one nugget that will make him, or her, stop drinking and then life can be wonderful.  We call it the looking for the pixie dust approach.  we can’t blame them in any way, we all do it, unfortunately life is seldom that simple.

I can’t remember where I first heard this story but I think that it is a nice illustration of change.  A man was trying to work in his office and look after his little girl at the same time.  His daughter was bored and wanted to play.  He looked around the office until he found a map of the world which he ripped into pieces to make a rough jigsaw puzzle.

Delighted with his ingenuity he returned to work in the knowledge that he would not be disturbed for a while.  However, far sooner than he hoped or expected his daughter announced “I’m finished Daddy”.

“How did you finish that so quickly?”

“Well Daddy it had a picture of a man on the back and when I sorted out the man the world looked OK.”

This is one of the main pieces of advice that we have to give to our members, you need to sort out yourself first.  Unfortunately, that is not what they want to hear and often they come back with, but I’m not the one with the problem.  In their eyes this is a true statement of the situation, but it is then our task to get them to look at the situation in another way.

If this is “not their problem” then that makes them powerless, the solution is entirely in someone else’s hands and so there is nothing that they can do about it.  If however they take ownership of the problem (or a part of the problem) then they can start to make a difference.

Change, in any sphere, is almost always an inside job.  There are very few times in our lives when we can wholly place the responsibility elsewhere, at least after we have ceased to be babies.  In Bottled Up we show the members how to own their part of the problem and the solution.  This is not to place blame on the partners, absolutely not!

It is much more productive to approach a problem with the attitude – what can I do to fix it, rather than who can I blame?  Which one sounds more empowering to you?

3 Replies to “Change Is An Inside Job”